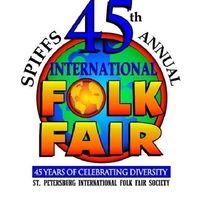 SPIFFS is the only independent multi-ethnic organization of its kind in the United States. It was founded in 1975 as an umbrella organization of ethnic groups that joined together to present a festival during the U.S. Bicentennial Celebration. SPIFFS has been recognized by the Library of Congress and is found in its Local Legacies in Washington, D.C.
Each SPIFFS ethnic member group has a delegate and an alternate delegate to SPIFFS, which meets once a month for our General Assembly at the St. Petersburg Shuffleboard Club in downtown St. Petersburg.